Okra (Abelmoschus esculentus L. Moench) is a member of the Malvaceae family. It has been cultivated as one of the most important fruit vegetables in various tropical countries. In okra, the Yellow Vein Mosaic Disease (YVMD) is caused by more than ten different viruses and the widespread incidence of disease transmitted by the vector Bemisia tabaci (Genn.) has highly affected the successful cultivation and production of the crop. Mutation breeding using radiations is one of the promising methods to get disease resistant elite cultivars of various crops. In this study, attempts were made to evaluate the genetic variability of gamma-ray irradiated mutant of okra. Four ISSR primers generated 26 amplified fragments. Of the 26 fragments, the lowest number of fragments (5) was produced by the primer ISSR12. Between the parent (P) and mutant (M4; mutant from fourth-generation) varieties of okra, primer ISSR07, primer ISSR16 and primer ISSR21 produced two monomorphic bands and three polymorphic bands (60% polymorphism) whereas primer ISSR12 produced one monomorphic band and three polymorphic bands (75% polymorphism). The mean percentage of polymorphism generated by four primers was 63.75%. Although the level of polymorphism exhibited by different primers varied from intermediate (60%) to high (75%), all primers could distinguish parent and gamma-irradiated mutant varieties of okra. 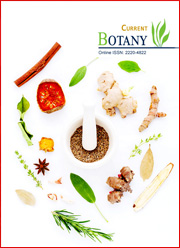 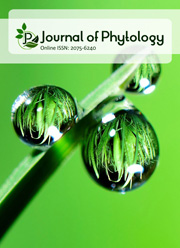