Diversity of Mollusca and Fish in Gondoor and Nakane Lakes in Dhulia, Northwest Maharashtra, India 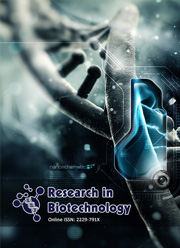